Everything You Need to Know About the Common Core (CCSS) 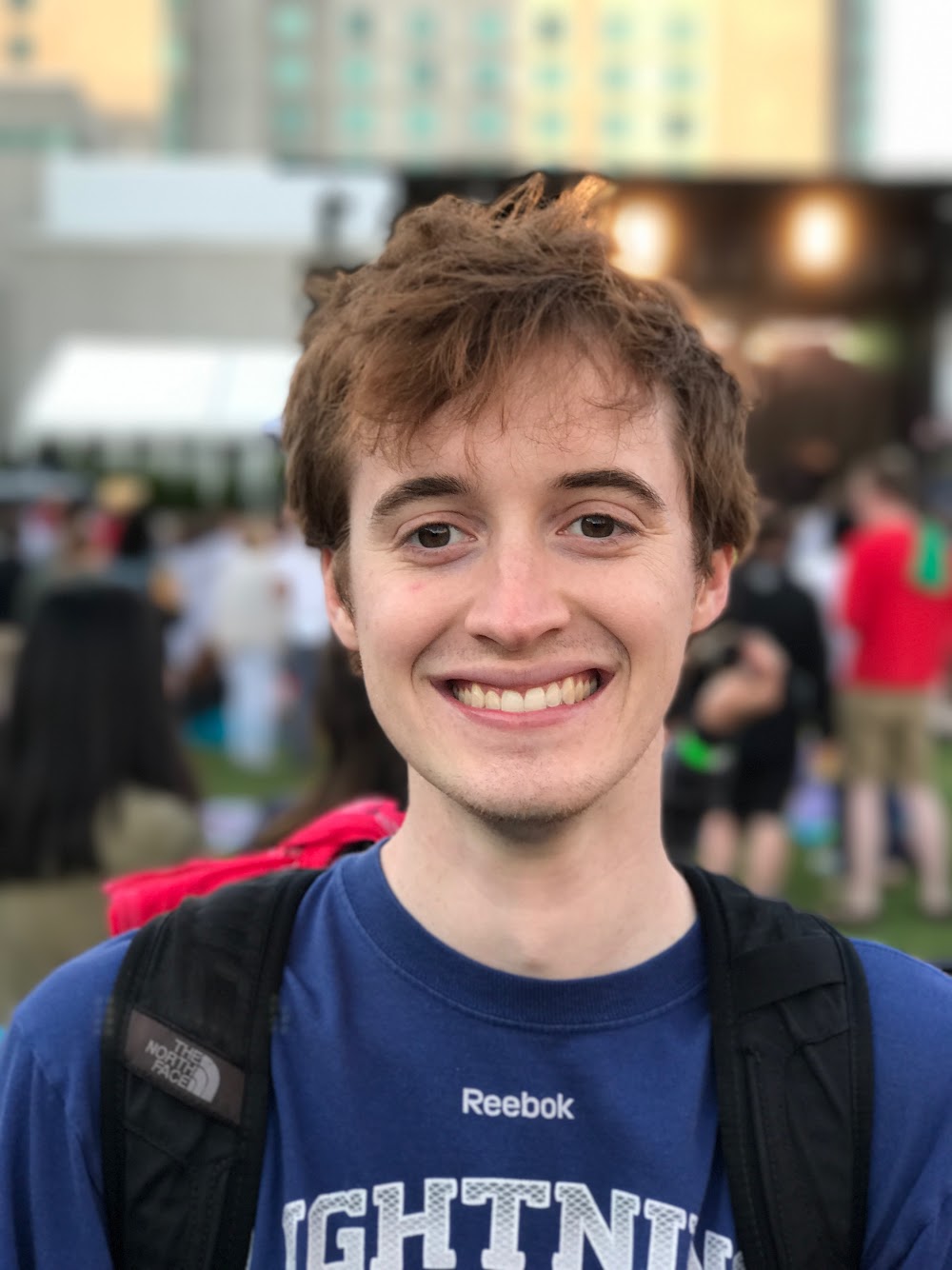 Find me on:
LinkedIn

The Common Core is arguably the largest education initiative in the United States of the last decade. Since its official launch in 2009, very few if any education topics have received as much positive and negative discussion and feedback as the Common Core.

With such a massive impact on education as a whole, let's unpack the Common Core to better understand its history and present effects as well as envision what both state and national education standards will resemble moving forward.

Why and how was the Common Core developed?

How are students evaluated on the Common Core?

How do Knowre (and other similar programs) enter the equation? What is blended learning, what is an online core supplement, and what is a learning gap?

According to the Common Core State Standards website, the Common Core is "a set of clear college- and career-ready standards for kindergarten through 12th grade in English language arts/literacy and mathematics."

The Common Core is a set of high-quality academic standards in mathematics and English language arts/literacy (ELA). These learning goals outline what a student should know and be able to do at the end of each grade. The standards were created to ensure that all students graduate from high school with the skills and knowledge necessary to succeed in college, career, and life, regardless of where they live.

The Common Core State Standards clearly aim to ensure that students after graduating from high school, regardless of location, should be prepared to enter either college or the workforce. The Common Core also aims to promote learning through a deeper understanding of Math and English rather than traditional rote memorization (ensuring that students better understand the "why" behind subjects compared to just knowing the "how"). Much easier said than done, right?

Although the ultimate goal seems clear and noble (however, success towards reaching this goal is still being debated to this day), it is easy to get caught up in the day-to-day of teaching/working without considering how the Common Core actually impacts the bigger picture.

According to EdGlossary (the Great Schools Partnership),

Learning standards are concise, written descriptions of what students are expected to know and be able to do at a specific stage of their education. Learning standards describe educational objectives—i.e., what students should have learned by the end of a course, grade level, or grade span—but they do not describe any particular teaching practice, curriculum, or assessment method (although this is a source of ongoing confusion and debate).

Learning (or education) standards can vary based on subject and grade levels addressed but typically share themes such as learning progressions, educational goals, and actual content.

Learning standards (in the context of the Common Core) represent what students should know and be able to accomplish at each grade level regardless of who is teaching them and where they are being taught.

According to the Common Core, the standards are:

Furthermore, creating and housing these learning standards under one umbrella should help educators focus less on education theory (example: "what are the right educational objectives to be covering?") and more on providing students with the best content and instruction (example: "how can I best teach points on a number line?") to reach these predefined educational objectives.

It is important to note that the Common Core is not a curriculum but ultimately should guide curriculums. A curriculum can be defined as a course or grade roadmap that consists of both general and specific educational content that must be covered and understood by students to satisfy a standard.

Now you may be asking, "who decided (and decides) what students need to know and be able to do, and why and and how were these decisions made?"

Why and how was the Common Core developed?

Ultimately the Common Core was developed for one reason: accountability.

This led governors and business leaders in 1998 to found Achieve, a nonprofit education organization that is "committed to making sure every student graduates from high school ready to succeed in the college or career of their choice."

In 1999, Achieve quickly began working on its Academic Standards and Assessments Benchmarking Pilot Project (conceptualizing what we now know as the Common Core).

In 2001, Achieve partnered with the Education Trust, Thomas B. Fordham Institute, and the National Alliance of Business to launch the American Diploma Project (ADP).

The goal of the ADP was to "identify 'must-have' knowledge and skills most demanded by higher education and employers", or to prepare students in job-ready skills that employers (themselves as governors and business leaders) believed they would soon if not already be required to have to compete for jobs and contribute to the economy (as a side note, this led to an increase in blended learning).

In 2004, the ADP changed American education forever with the release of a groundbreaking report "Ready or Not: Creating a High School Diploma That Counts", which ultimately found that "employers' and colleges' academic demands for high school graduates have converged, yet states' current high-school exit expectations fall well short of those demands." EdWeek would later include this report as their 12th most influential report of the past decade.

In 2010, the ADP released the final version of the Common Core State Standards, and currently 41 states, the District of Columbia, and four territories have adopted the Common Core for Mathematics and English language arts/literacy.

Although states were not required to join the Common Core, the federal government incentivized states to join in 2009 and 2010 by offering billions of dollars in grants from the federal stimulus package, one example being the Race to the Top Assessment Program (built to promote the creation of Common Core assessments) as well as certain exclusions from No Child Left Behind.

How are students evaluated on the Common Core?

As states have adopted Common Core standards, they also have a choice for standardized assessments between either creating their own state assessments or utilizing two federally-supported nonprofit groups, or consortiums: the Smarter Balanced Assessment Consortium and the Partnership for Assessment of Readiness for College and Careers (PARCC).

Although the vast majority of states (40) rely on the Common Core for standards, for various reasons, it has proven difficult to gain state support for standardized assessments. Moving forward, this may create difficulties for states utilizing both the Common Core and the consortium assessments as states creating their own standardized assessments can define success and failure on their own terms (potentially undermining the common standards altogether).

Many believe that it is still too early to properly gauge if the Common Core is working. However, many signs point towards it is either not working or still needs more time to develop.

Common criticisms of the Common Core involve promoting "teaching to tests" and "one size fits all learning" as well as an initial rocky rollout to teachers which included a lack of educational content created specifically for the Common Core as well as standards considered in some cases to be not specific enough.

However, Victoria McDougald of the Thomas B. Fordham Institute (referencing a 2017 study "Is Common Core 'Working'? And Where Does Common Core Research Go From Here?") believes that it is still difficult to evaluate and we still need more time:

For starters, Common Core was not randomly assigned to states, making it nearly impossible to determine a direct, causal relationship between CCSS and student outcomes. Second, while the standards were developed in 2010, individual states adopted and implemented Common Core on very different schedules, with many states gradually rolling out implementation over several years, making it very difficult to pinpoint precisely when implementation actually “started.” It is also challenging to compare outcomes for adopter and non-adopter states, given that “states that adopted the standards certainly differed from those that did not”—and many adopters have since made revisions to the standards or dropped them entirely, further muddying the waters. And since research indicates Common Core isn’t always being implemented with fidelity in classrooms, it makes it even more challenging to assess the standards’ impact on students.

How do Knowre (and other similar programs) enter the equation? What is blended learning, what is an online core supplement, and what is a learning gap?

With most states adopting the Common Core and with the Common Core promoting standards that are "aligned with college and career expectations", classroom technology and 1:1 computing in the classroom have since flourished.

With classroom sizes seemingly always increasing and teachers being strapped for time and resources more than ever before, schools and districts have looked for online core supplements, or content-focused online learning programs created to supplement traditional core materials, to supplement their physical core-focused classroom materials and curriculums.

Furthermore, through technology, many online core supplements like Knowre have progressed to understand the individual learning gaps of students. A student learning gap is a gap between what a student actually knows versus what a student should know. Learning gaps can become apparent as students progress through curriculum but struggle on content that requires understanding prerequisite skills.

Since the Common Core aims to promote college/career readiness and deeper understanding of subjects, and Common Core students are assessed on what they know versus what they should know at each grade level, online core supplements aim to complement teachers by filling learning gaps (promoting deeper understanding) and/or making these learning gaps apparent for teachers to address and support.

Want to learn more about our alignment with CCSS?